If anyone has early photos of our locos, crane, carriages, wagons and buildings etc (or any Wanganui Rail history) during their working careers we would love to see them.

The Wanganui Turntable was destined to be totally dismantled for scrap and so over a period of three years, with the assistance of Steam Incorporated, we managed to restore this Turntable back into working condition. Many a long hour scraping the paint, replacing rusted cross members, replacing rivets and bolts, and a complete new deck was done before this Turntable was ready for its first Locomotive to be turned. After various tests and the all clear from the then NZ Railways, the Wanganui Turntable was recommissioned and the first Official Locomotive was Ka 945 from Steam Incorporated of Wellington to be turned. Today this Turntable is used regularly for the turning of  KiwiRail Locomotives and any visiting Excursion train that comes into the Wanganui Yard. 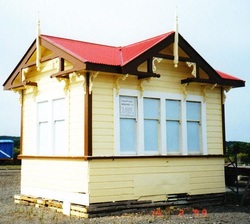 Aramoho Signal Box off the top of the Aramoho Railway Station. It was built in 1900? after fire destroyed the original station. It was never used as a signal box due to not being able to see all of the yard. It ended up being the Station Master's office and they built 2 new signal boxes, one at the North end and one at the South end of the yards. We received this on the 8 December 1997. 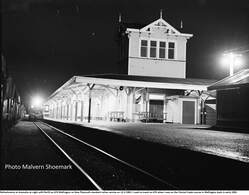 Photo of Aramoho Railway Station at night (with Rm33 on 674 Wellington to New Plymouth standard railcar service at the platform) on 12 February 1965. A Melvern Shoemark Photo. This is how the station looked in its NZR working life. 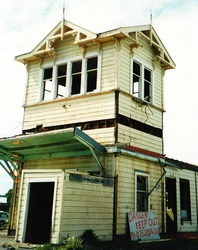 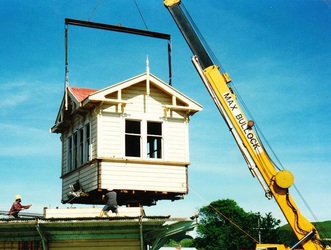 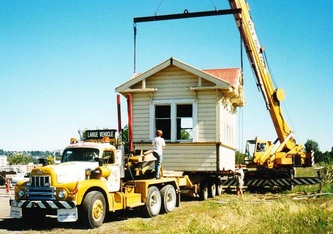 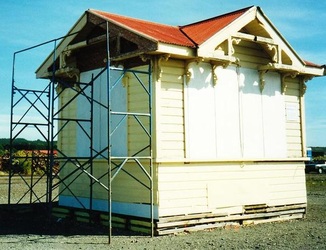 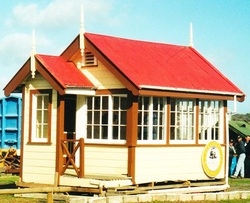 The top half of the Aramoho Railway Station's North End Signal Box. This was built in 1905(?) We received it on the 15 May 1999. This box is now going through its second restoration. We are currently replacing a lot of rotten boards etc.

The first photo below was taken by Lindsay Benbrook of the decomissioned north Aramoho signalbox in 1976 and the second photos is from Kev's Wanganui Riverboat Hsitory Page (Facebook site) of the box on no 2 line in Wanganui , Once known as the White Stag Deer park photo taken in the late 1970's/early 80's. 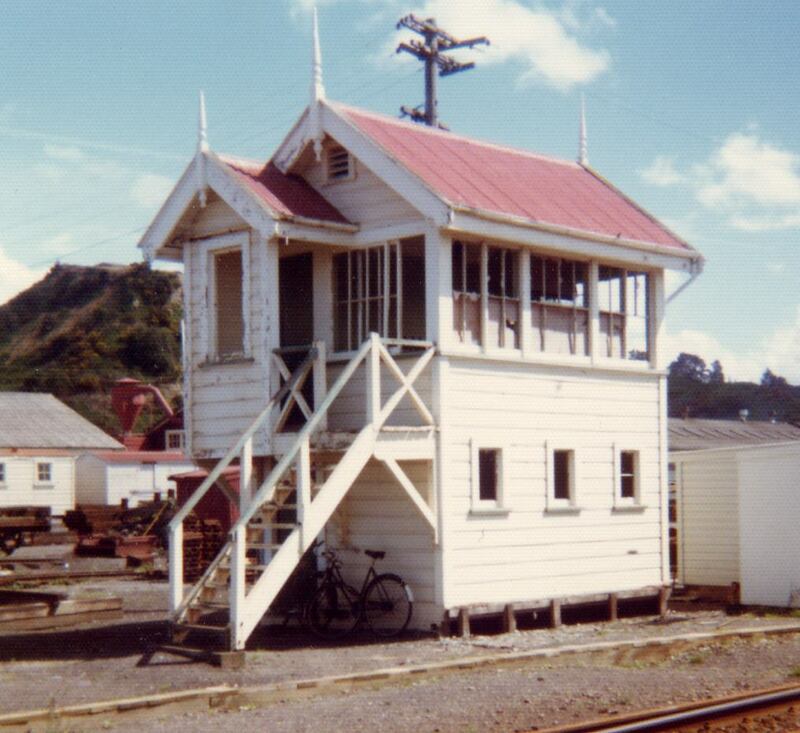 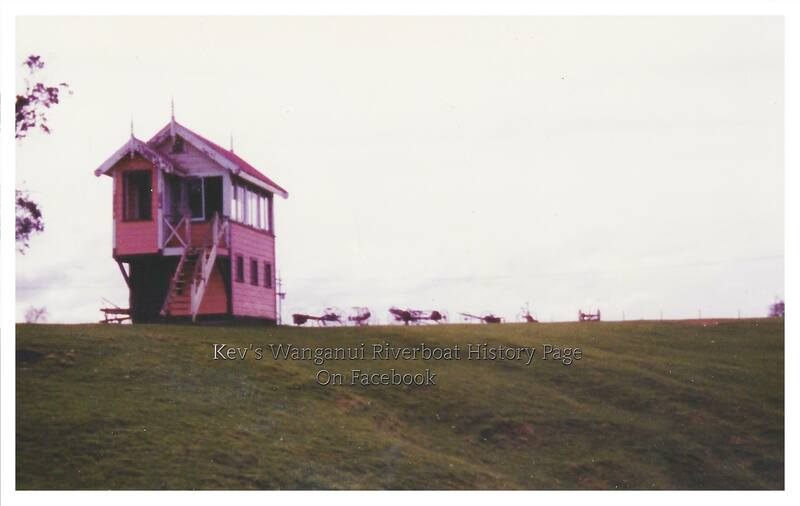 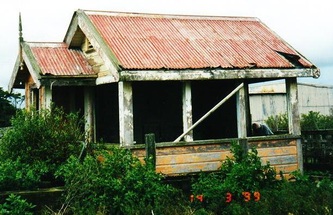 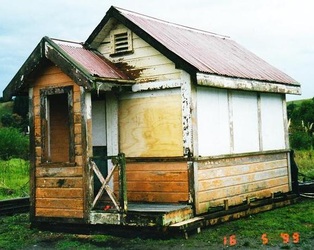 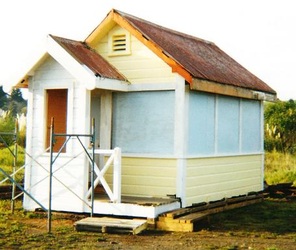 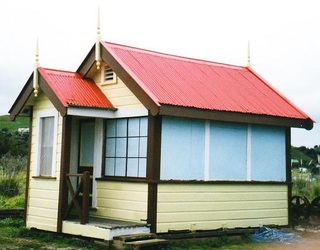 We have now moved this box down to next to our shed. This has had a new roof put on and we have painted most of the outside walls. There is still some painting to do inside. This box is now used as our smoko room. 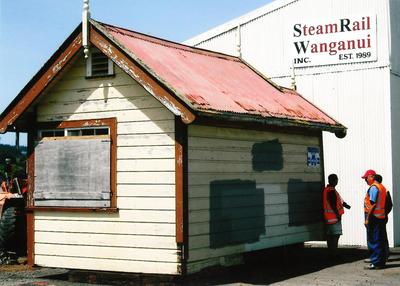 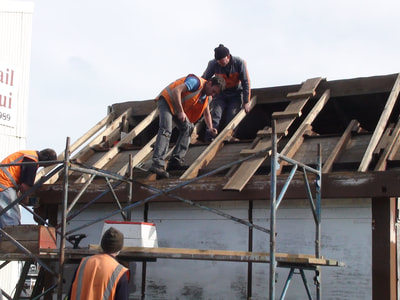 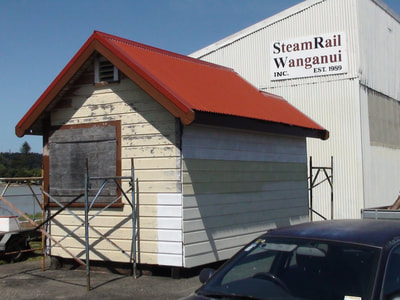 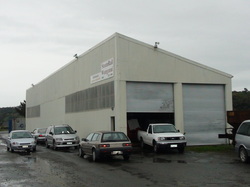 Ex Goods Lean-to in the Taupo Quay Rail Yard. In 2004 we heard that this building was going to be pulled down and scrapped so we managed to save this building and buy it. We also managed to get a lease on the land it sits on. Our next job was to close in the walls and put doors up so we could make it into our workshop/storage shed. 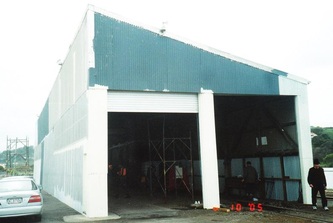 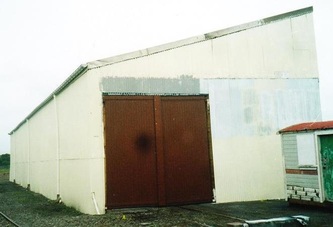 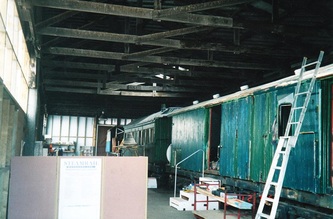 We have 2 Workmans Huts. These were used at railway yards and work sites for track gangs and staff to live in. The huts would be lifted on and off wagons by rail cranes and transported to where they were needed. 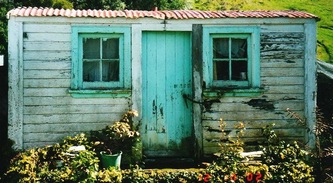 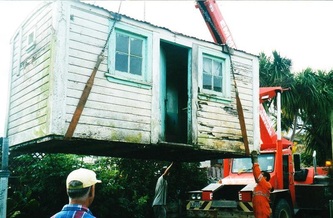 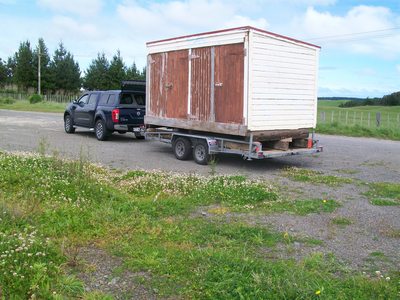 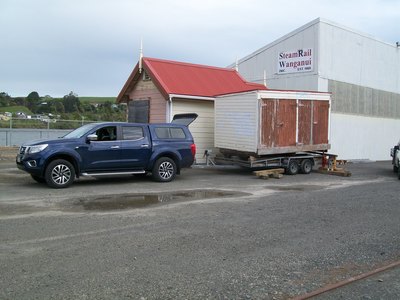 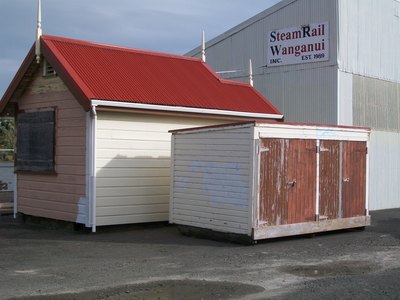